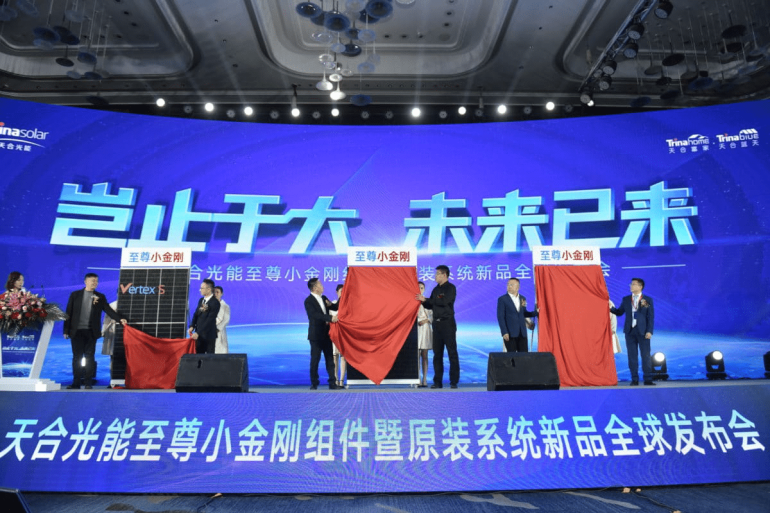 Trina has launched its smallest Vertex S version of the extraordinarily successful Vertex line of solar modules, it is a compact and efficient 390-405W model. Trina is targeting the residential market as the main focal point for the product.

Trina Solar is one of the largest manufacturers in the market and consistently ranks among the top 3 in the world for global shipments.  The Vertex line of solar modules has turned out to be a success for the company since its announcement in February 2020. So, it was natural that the anticipation was high when Trina announced the new Vertex S panels; they are smaller and lighter, perfect for rooftop installation.

The company believes that the Vertex S will be ideal for Australian conditions and support the country’s growing Trina solar market; the product does make a case for itself based on some information below:

Launching a new module in a booming market like Australia meant for Trina Solar that it would have to do something different, and that difference is in the size and weight of the panels themselves. Smaller and lighter, Trina says the Vertex S is easier to handle and install on the rooftops of homes and SMEs. This coupled with its “ultra-high power” and likely lower cost compared to its direct 400W competitor in SunPower Maxeon3, means that Trina has a winner in Vertex S.

According to Trina’s senior country sales manager, Govind Kant, “There was unprecedented growth in the residential market”. “More people were staying and working at home, so they were using more electricity.” “The trend in Australia is that consumers are opting for more powerful systems, so we believe Vertex S will be very popular as it offers a higher power density,” Kant added.

Let’s do some quick mathematics; Kant explains that they have a product for everyone, ranging from:

The Vertex S is very capable and designed to be used in very hot and humid conditions and has also been rated for a snow load of 6,000 pascals and wind load rated for 4,000 pascals. To enhance its claims of durability, Trina Solar is offering a 15-year warranty as standard and extendable to 25 years on the Vertex S compared to only 10 years on other products from the Chinese manufacturer.

Trina says its solar cell production capacity is projected to reach around 26GW by the end of next year, with 70% of that to be a production of 210mm cells used in the Vertex. Looking at the sheer volume of the products that Trina pushes into the market this could very well sway the market towards this technology.

Trina says the Vertex S will be available across Australia in April 2021.

The company has high expectations from the Vertex S and plans to sell 15GW of capacity by 2023. With some quick math at 400W per module, it plans to sell at least a whopping 37.5 million Vertex S panels!