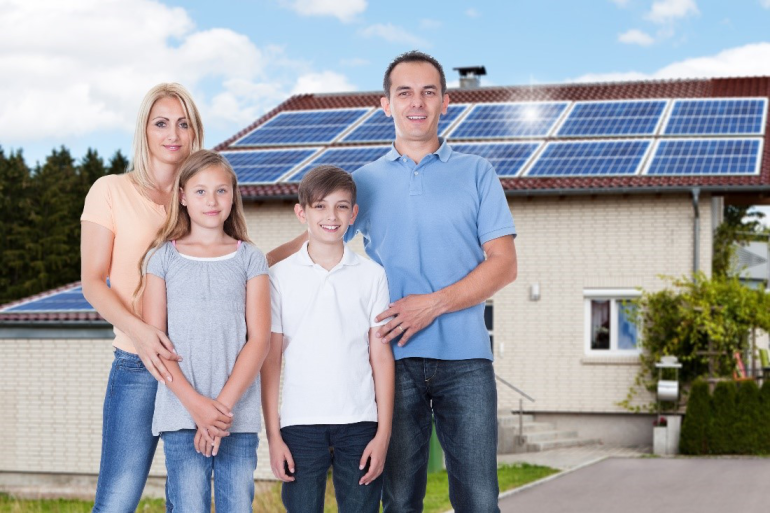 Australian Parents Pushing For Solar & Batteries Across all Australian Schools

The majority of a person’s childhood is spent in a school; it can be easily referred to as our second home. The start of a sustainable future should begin with our home, and the next logical destination would be our schools. If Australia aims to be a leader in clean and renewable energy, there is no better place to pour our resources than in schools. This is the exact initiative started by The Australian Parents for Climate Action (AP4CA).

AP4CA’s Pre-Budget submission follows a petition where 11,000 parents called on the Prime Minister to Solar Australian Schools, a policy that would have clear benefits for climate, education outcomes, jobs, and the economy.

Schools are ideally suited to solar energy, as their energy usage is highest during school hours i.e. during the day when solar power is plenty. Unlike households where demand spikes in the evenings, demand for energy in schools drops off when class finishes in the afternoon. School classrooms use an average of 3800 kWh of electricity per year, which puts them at about half the consumption of an average Australian household says AP4CA. With energy costs rising, renewable energy alternatives are becoming more attractive to educational institutions across the country.

AP4CA also states that the exact number of schools without solar is not known, but estimates indicate it’s at least 4000 (42.5% of all government and non-government schools). Besides, a large proportion of the more than 11,000 Australian childcare centres, kindergartens, and preschools also do not have solar. Many schools do have solar but need more panels to cover their ever-increasing power needs.

Large solar plants can recover their value pretty quickly as well, an example of that would be the A College in Sydney’s eastern suburbs who installed a huge 98kW system which is expected to save them $24,000 on their energy bills each year – a payback period of under 5 years! The solar power generated by the 344 panels is enough to power 1900 computers for a whole year and saves 116 tonnes of greenhouse gas emissions annually, according to the Solar my School, a free council program in Sydney.

Solar school’s program would create an unprecedented number of jobs in the renewable energy sector, especially for local installers.

Activities by the State Government to install solar panels

These benefits will only be fully realized with the support of the federal government. State governments have supported schools in the past; most recently the Northern Territory Government completed a $5 million project to put solar PV on 25 schools, which is expected to cut energy bills by as much as 40 percent as estimated by the NT government.

Solar plant atop a school that received a grant from Northern territory under their $5 million Rooftop Solar in Schools program.
Image: The Climate Group

The most widespread programs are in Queensland, where two grant programs are installing solar panels on most state primary and high schools and in the ACT where all schools now have solar, and some school batteries are now being rolled out. There have also been substantial state government programs in NSW, Victoria, WA, SA, and the NT but they’re pretty selective.

An example of that would be when the Victorian state government provided a grant of $150,000 to a School in Geelong region as they installed a 94kW solar system in 2019, on one of their buildings. They also put in two Tesla Powerwall batteries, which allow the school to use solar power to run their night-time power needs. It is estimated by Pick My Project; a community grants initiative in Victoria, that this would help the school save around $10,000-$15,000 annually on their energy bill

The Solar our Schools (SOS) campaign is calling on the federal government to fund solar and batteries for every school and early childhood centre in Australia. At a time when Australia needs to create more jobs and stimulate our economy due to the covid-19 pandemic, this project would create thousands of local jobs. The local economy will benefit as contractors and installers would be employed according to the region of the school. The money saved by the schools would allow them to employ new teachers and support staff, adding to the job creation as well as investing in more sustainable infrastructure and technologies.